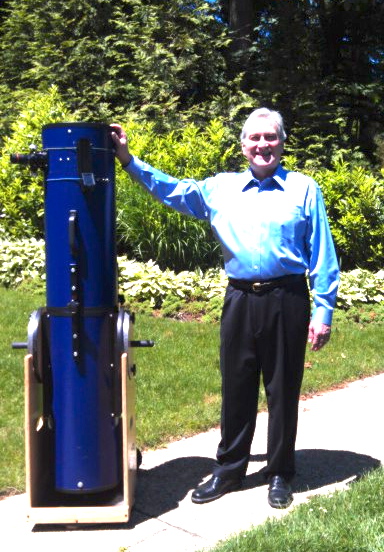 Jeffrey Jacobs and his telescope

I have been an avid amateur astronomer for 25 years, reading extensively on the subject and spending countless hours at my telescope,peering at the beauty of the solar system and deep space.  One of my greatest pleasures is showing people the universe.  I enjoy doing public service sidewalk astronomy, setting up my telescope in Manhattan and sharing my love of the universe with passers-by.  I am fortunate to have had thousands of New Yorkers see the moon, Saturn, and Jupiter close-up through my telescope.

I produced and directed a documentary, A Sidewalk Astronomer, featuring John Dobson, an internationally reknowned telescope designer and one of the most important people in amateur astronomy.  The film premiered at the Tribeca Film Festival and has been widely seen on public television in the US and around the world.

In my day job, I am President of Jacobs Entertainment Inc, a film buying, production and marketing firm.  I was the founding film buyer for the Angelika Film Center in New York City from opening day in 1989 until 1997.  I was the Managing Director and Film Buyer of the Paris Theatre, the longest continuously operating art cinema in the U.S. from 1997 to 2009. Presently, beyond my astronomy endeavors, I program the Nitehawk Cinemas in Brooklyn and 50 additional screens across the country.

I am a graduate of Brandeis University and received an M.F.A. from the Graduate School of Film and Television at UCLA.  I live in Westchester County with my wife, Heidi.

I want to share the beauty that I have found in the night sky in the knowledge that it will enrich all who take a closer look.

“People go out onto the street to buy a quart of milk or see a movie, and someone shows them Saturn or the craters of the moon,” he said. Once a couple of people stop to look through the telescope, he added, others inevitably line up. “People have a gravitational pull, just like planets.” 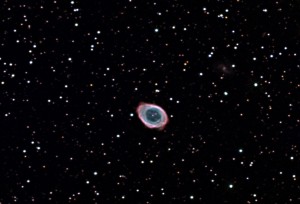 “We get so little astronomy in school, yet it’s exciting, the effect that it has on people.  They’re walking by, inside their own heads, then someone stops them to show them our own moon.  They’re so grateful for that.”

“(The moon) is dancing with us, and we’re telling it we want to look at its face all the time.”

“While another stranger stares into the heavens, Jacobs…talks about how he fell in love with astronomy the first time he looked through a telescope 54 years ago.   A hidden world of stars and planets suddenly appeared.  ‘The images just seared me,’  he says with a sigh.”